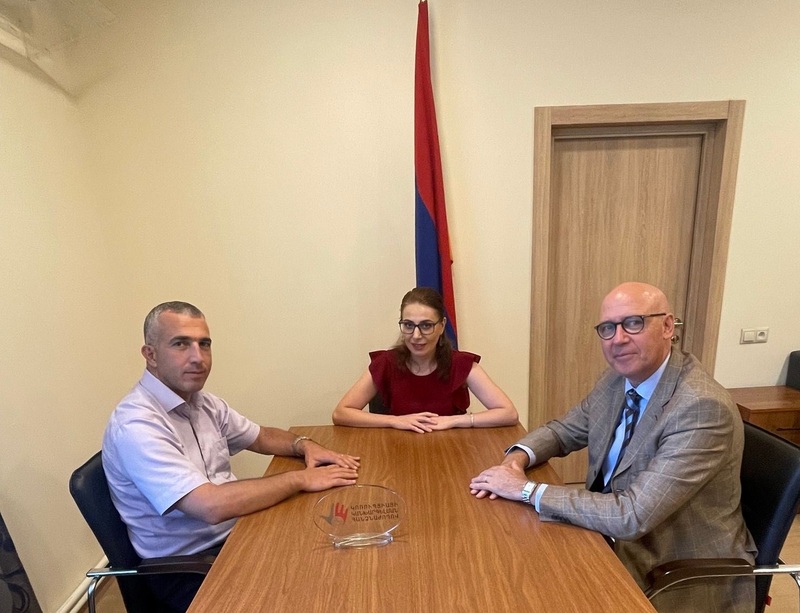 Bertrand Venar’s term of office is coming to an end. Taking into account the interaction between the Corruption Prevention Commission and the Higher Education Institution, Bertrand Venar visited the Commission on August 30, where he had a farewell meeting with his colleagues.

Chairwoman of the Corruption Prevention Commission Haykuhi Harutyunyan and Commission member Aramais Pashinyan summarized the implemented joint programs with Bertrand Venar and expressed hope that the formed cooperation will be maintained in the future, serving as a solid basis for advancing the planned programs.

On this occasion, Bertrand Venar made a post on his Facebook page, stating that during the last 2 years, he developed and defended integrity as a value of French University in Armenia.

"The fight for integrity never stops and can be crowned with success only thanks to highly motivated and new teams. Before my departure, I also had the opportunity to talk about the anti-corruption policy with Haykuhi Harutyunyan, the president of the Corruption Prevention Commission of Armenia and Aramais Pashinyan, a member of the Commission. It is always pleasant to talk with high-level specialists who attach great importance to the fight against corruption," wrote the rector of French University in Armenia.

On May 10, 2022, the Commission and French University in Armenia signed a Memorandum of cooperation.