The Armenian community of Uruguay is contributing to the society’s development and is preserving identity, Uruguay’s Minister of Foreign Affairs Rodolfo Nin Novoa said at a meeting with Armenia’s High Commissioner for Diaspora Affairs Zareh Sinanyan.

The Uruguayan FM arrived in Armenia on an official visit.

During the meeting Sinanyan presented the work which is carried out by his office in the Armenia-Diaspora relations, the Office of the High Commissioner for Diaspora Affairs said in a news release.

“The Diaspora has a serious role in the homeland’s life, and in turn the government attaches great importance to strengthening relations with the Armenian Diaspora. Big number of Armenians live also in Uruguay, and friendly ties exist between our states. Uruguay always stood by Armenia and the Armenian people, for which I am grateful,” High Commissioner Sinanyan told the Uruguayan FM. 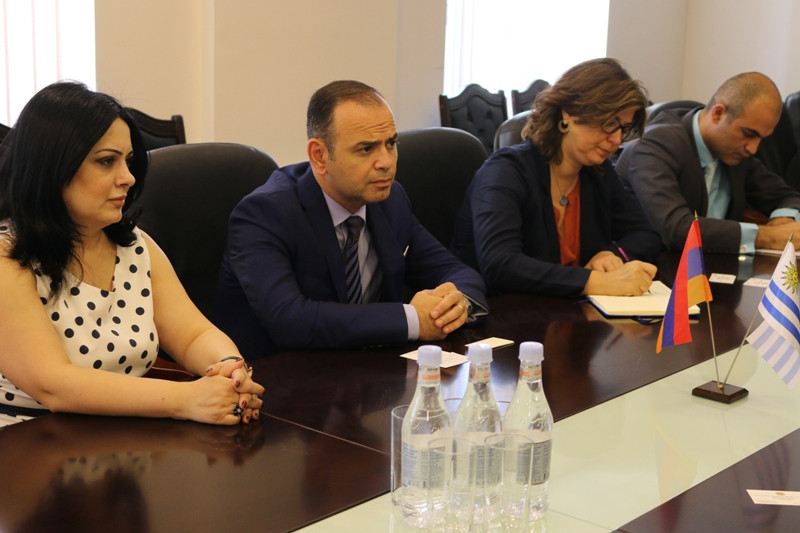 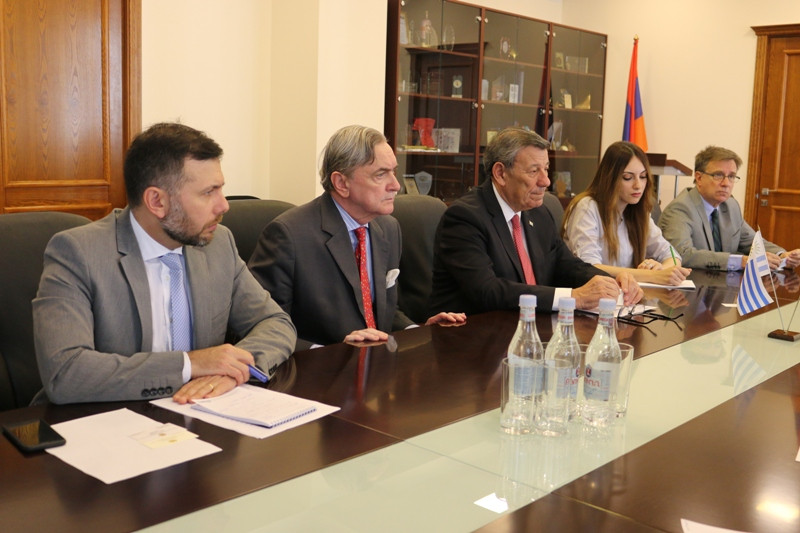 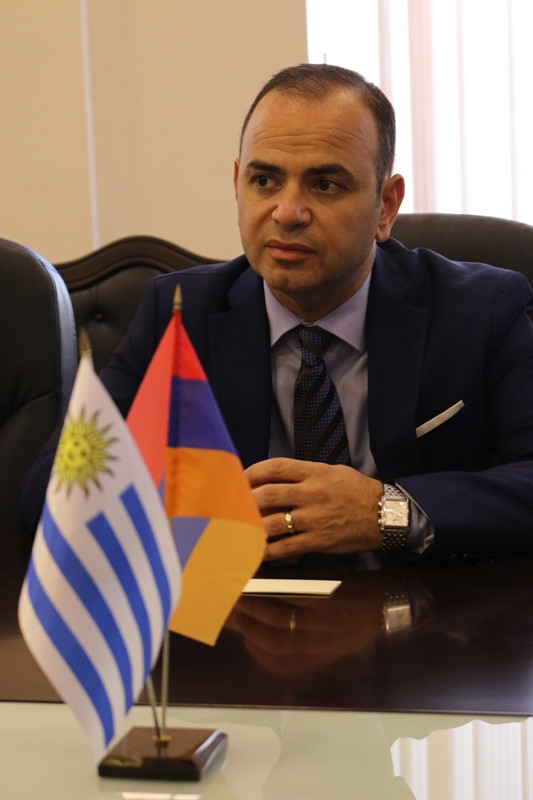 Uruguay’s Minister of Foreign Affairs Rodolfo Nin Novoa emphasized the Armenians’ role in his country and noted that according to their estimates 20,000 Armenians live in Uruguay currently. “Armenians in Uruguay contribute to the society’s development, they are preserving their identity, which is testified by the presence of Armenian schools and churches. It is an interesting combination, to be an Uruguayan citizen and remain Armenian, preserve identity,” the FM said.

Uruguay has a relatively small-numbered Diaspora – around half a million, and the minster was especially interested in Armenia’s experience in working with the Diaspora, something which can be useful for Uruguay.

Sinanyan emphasized that the Armenian High Commissioner for Diaspora Affairs Office is open for close cooperation and exchange of experience.