High Commissioner for Diaspora Affairs Zareh Sinanyan is on a working trip to the Republic of France for the first time. The agenda in Paris began with a visit to the Esplanade of Armenia, where the High Commissioner and the Armenian Ambassador Extraordinary and Plenipotentiary to France Hasmik Tolmajian laid flowers at the Komitas Monument.

The Esplanade of Armenia is located in the heart of Paris between the Pont de l’Alma and the Pont des Invalides on a spacious territory adjacent to the Seine River. The space also includes the monument to Vardapet Komitas, opened back in 2004, and Yerevan Park opened in 2009.

Afterwards, the High Commissioner visited the residence of the French Diocese of the Armenian Apostolic Church and toured the church. He met with the head of the diocese, Bishop Vahan Hovhannisyan, and representatives of the deputy assembly of the Armenian Diocese of France. The head of the Diocese noted that they have 27 churches now. "The church is a mission, not a building," the spiritual leader emphasized. He presented the Diocese’s activities, active work with youth and the holding of the annual Armenian festival to the High Commissioner.

Armenian schools in France are in high demand, but they also have various problems. During his visit to Arnouville’s Hrant Dink primary school, the High Commissioner learned about issues related to teaching Eastern and Western Armenian and the lack of teachers. Accompanied by Armenian Ambassador to France Hasmik Tolmajian, the High Commissioner toured the school and met with the teaching staff and spoke with students. Now, there are about 85 students in the school. Zareh Sinanyan also had a remote conversation with the head teacher of the school, Garabed Dakessian. 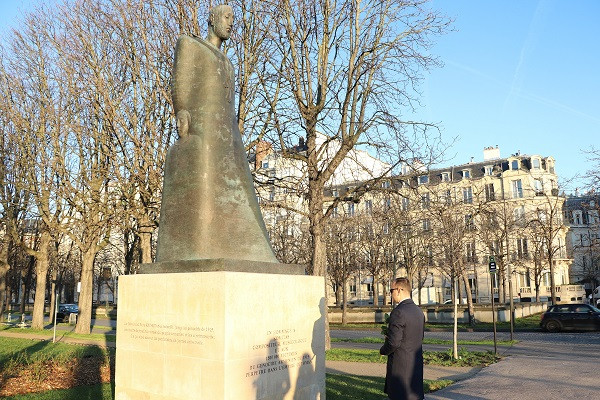 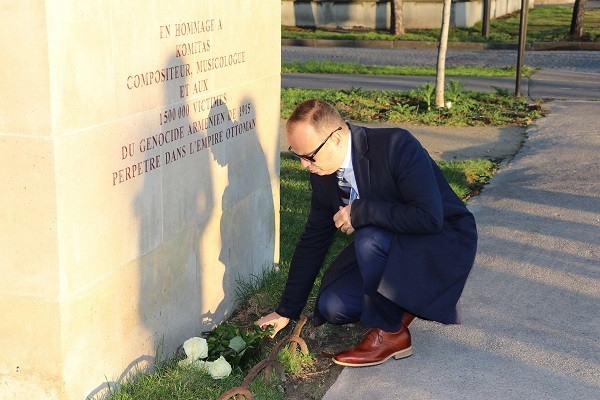 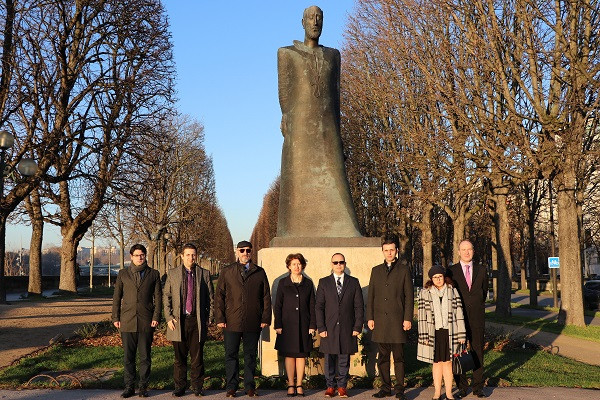 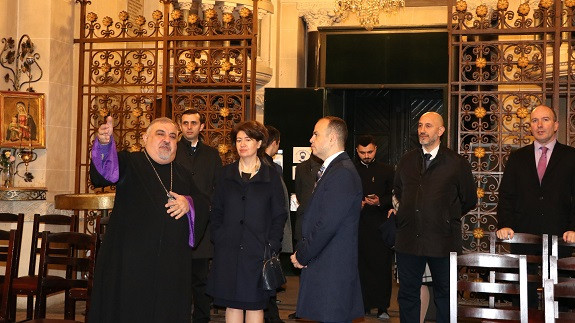 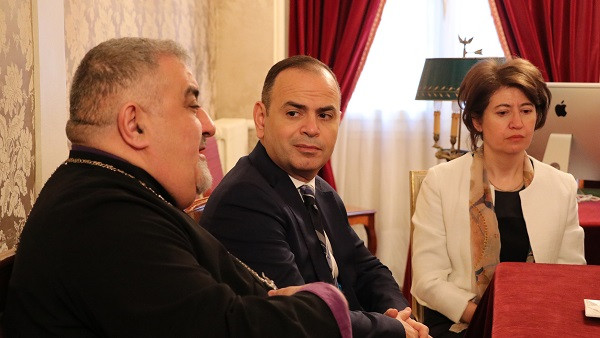 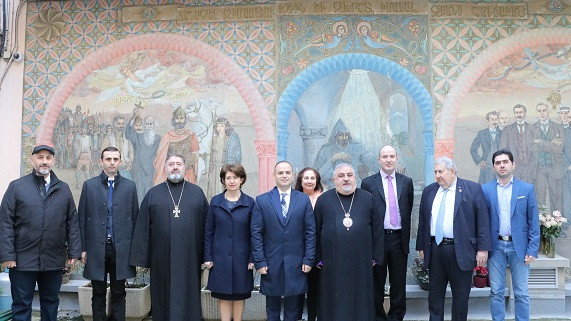 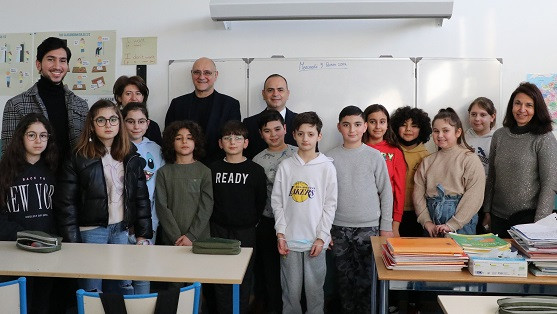 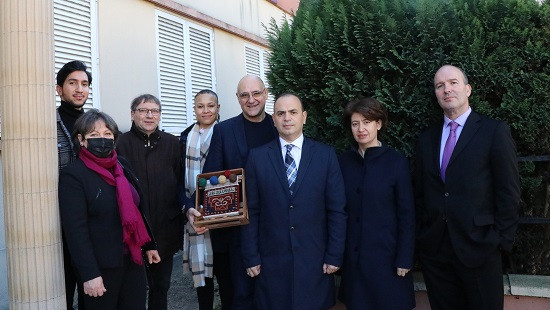 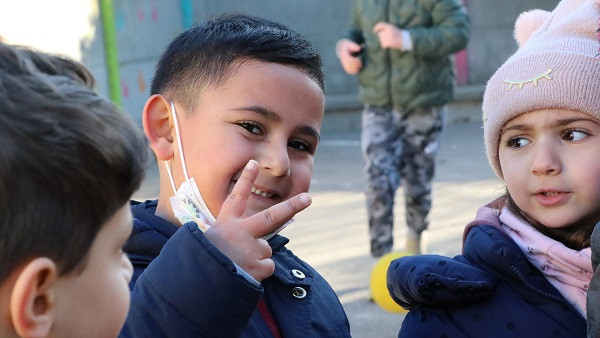 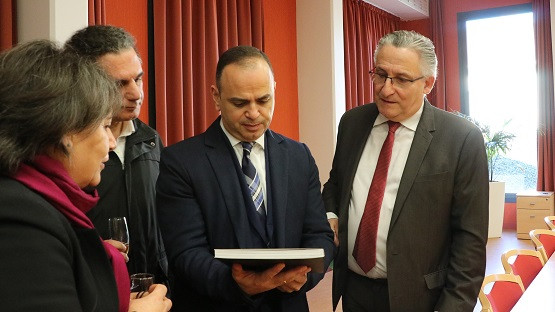 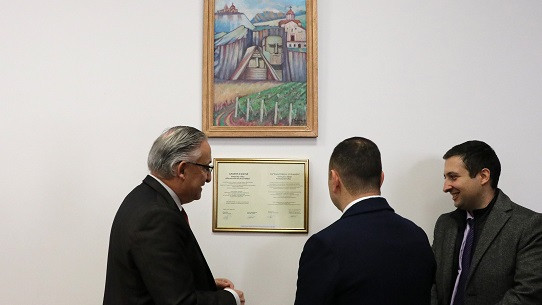 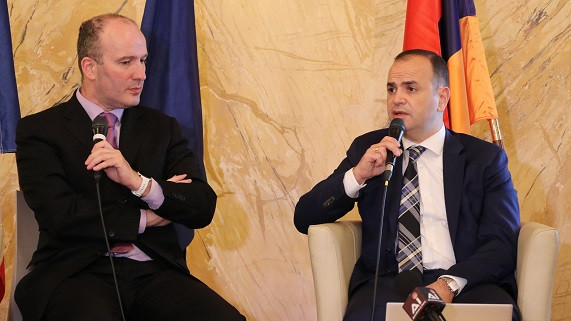 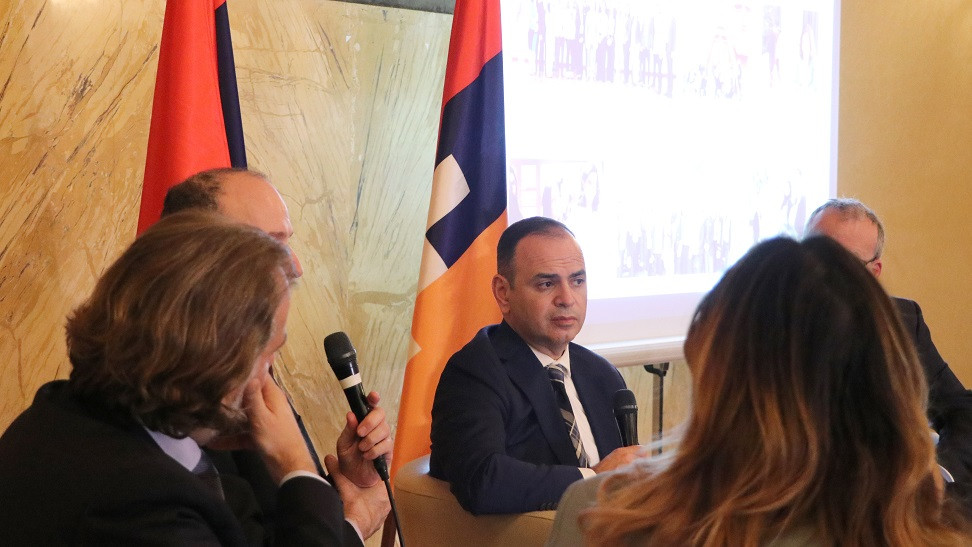 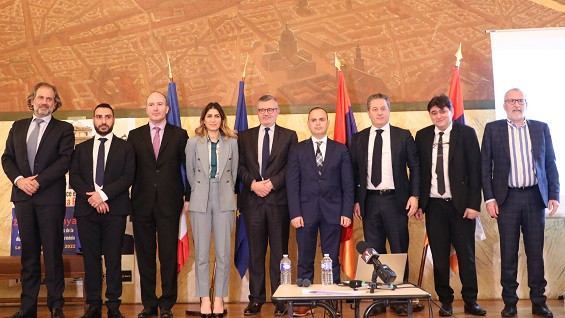 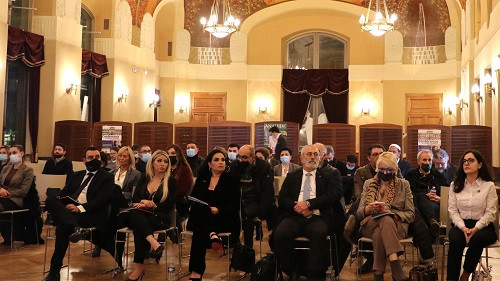 The High Commissioner held meetings with a number of French officials, expressing gratitude for France’s friendship and brotherhood. During the meeting with Gilbert-Luc Devinaz, Chair of the Armenia-France Parliamentary Friendship Group in the French Senate, and members of the group, they discussed France-Armenia relations, the active involvement of Armenians in various spheres of France and the continued deepening of relations between the friendly peoples. The High Commissioner expressed gratitude to Senate members for their pro-Armenian activities and emphasized the importance of adopting a resolution on the need to recognize the independence of Artsakh.

The High Commissioner then met with Arnouville Mayor Pascal Doll. Appreciating the Mayor's concern for local Armenians and their love for Armenia and Artsakh, the High Commissioner invited Pascal Doll to Armenia. Arnouville signed a memorandum of cooperation with Yerevan’s Nubarashen administrative district. There is also a memorandum signed with the community of Shekher in Artsakh, which is now under the occupation of Azerbaijan.

High Commissioner Zareh Sinanyan met with the Mayor of Raincy, Jean-Michel Genestier, and the two discussed further developing ties with the city. They particularly noted the importance of “Dprotsaser” School. "The city is doing everything to keep Dprotsaser alive, so that students can fully utilize the city’s infrastructure," the Mayor said.

"I am sure that the Armenians living in Raincy are good citizens of France, and this is representative of their character. They are well-integrated, but maintain their love for the homeland. I want to express my gratitude for your work and hope that one day you will visit Armenia," the High Commissioner said.

High Commissioner Zareh Sinanyan took part in an economic forum organized by the Armenian Movement organization. He presented on the Office’s ongoing activities and the economic opportunities in Armenia, also responding to questions from entrepreneurs.

During the forum, the speakers introduced the main areas of investment in Armenia along with the advantages, as well as other issues related to Armenia-France economic cooperation.

The forum ended on a positive note, where the entrepreneurs agreed to assess the needs of the Armenian market.