During his second day in Lyon, the High Commissioner visited the Markarian-Papazian School, which has more than 200 students. The school’s director Xavier Giroux and teaching staff were in attendance. The Markarian-Papazian School has operated since 1987, providing a high-quality education and preparing students to continue their studies at the best colleges in Lyon.

The High Commissioner learned about the school’s general functions and methodology, alongside its activities with various age groups.

Afterwards, Zareh Sinanyan visited the St. Jacques Armenian Apostolic Church in Lyon, took part in the liturgy, and received a blessing. The High Commissioner and Ter Isaac Hekimian exchanged some words after the liturgy.

That same day, the High Commissioner also visited the Consulate General of Armenia in Lyon and interviewed with Armenian media outlet, Radio Arménie.

"I don't want to interfere in any community matters. I am sure that the community has its own internal wisdom and can exercise prudence to solve any intra-communal matters," High Commissioner Zareh Sinanyan said during a meeting with community organizations and individuals in Lyon. Vice-Mayor of Vienne Levon Sakounts and Deputy Mayor of Décines Denis Djorkaeff were also present at the meeting.

The High Commissioner presented the Office’s mission and programs, and also answered questions from attendees, which were mostly about repatriation, Diaspora involvement in Armenia’s daily life, disagreements between Diaspora communities and security issues in Armenia and Artsakh. 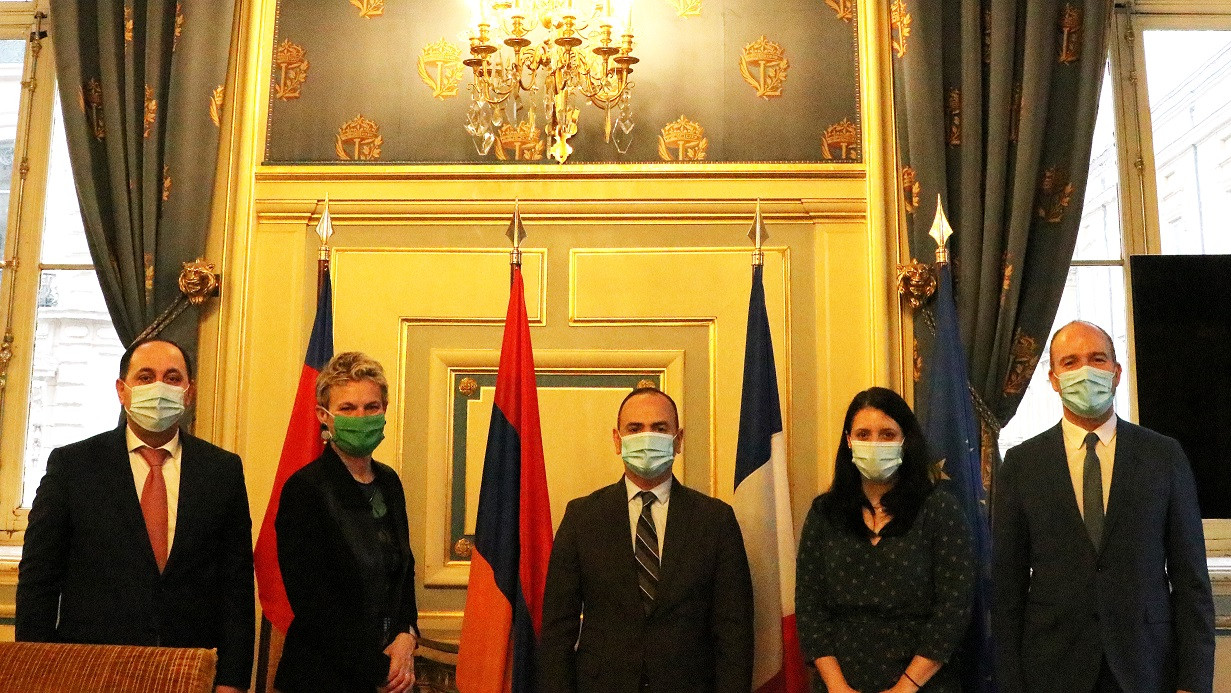 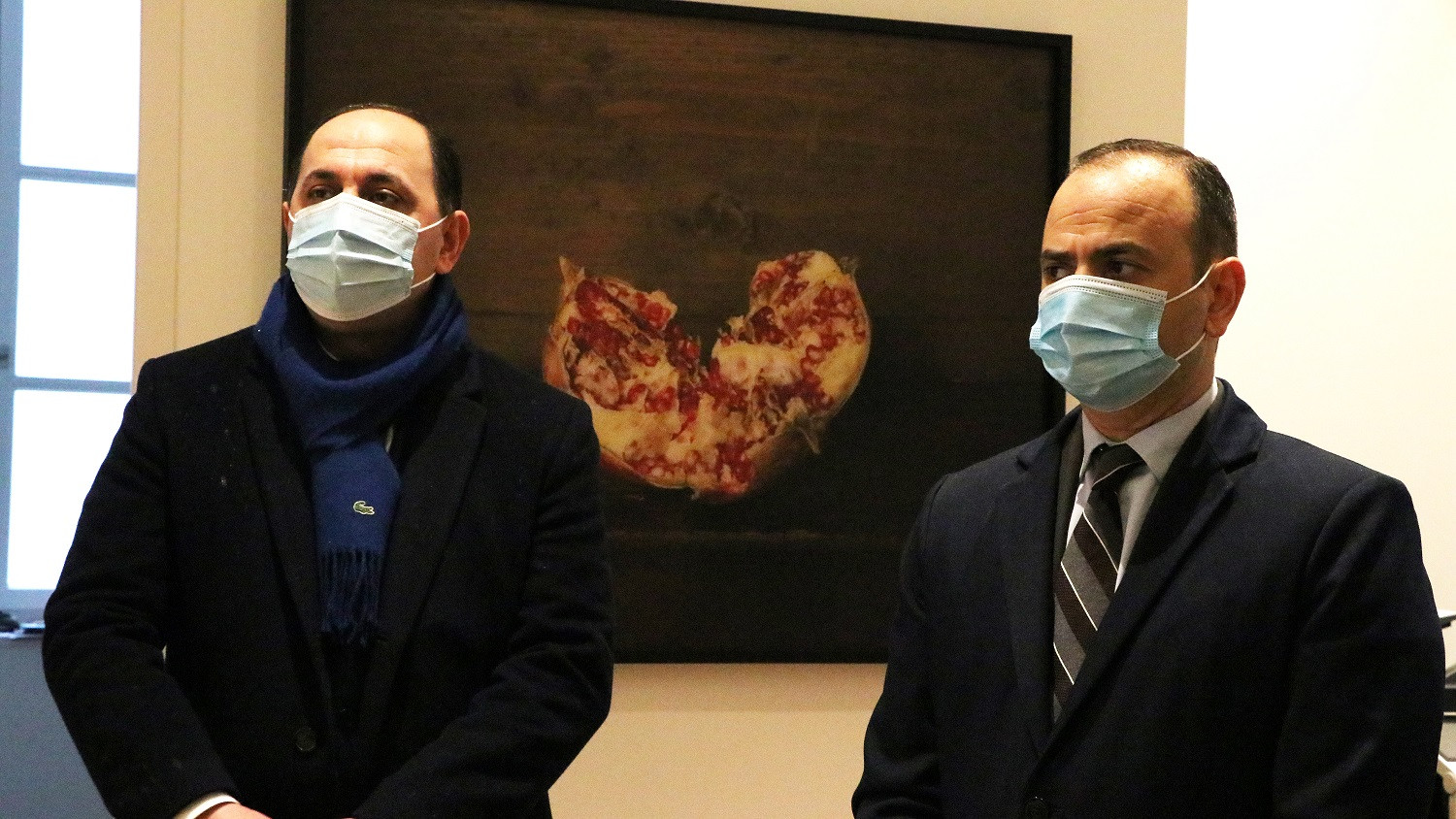 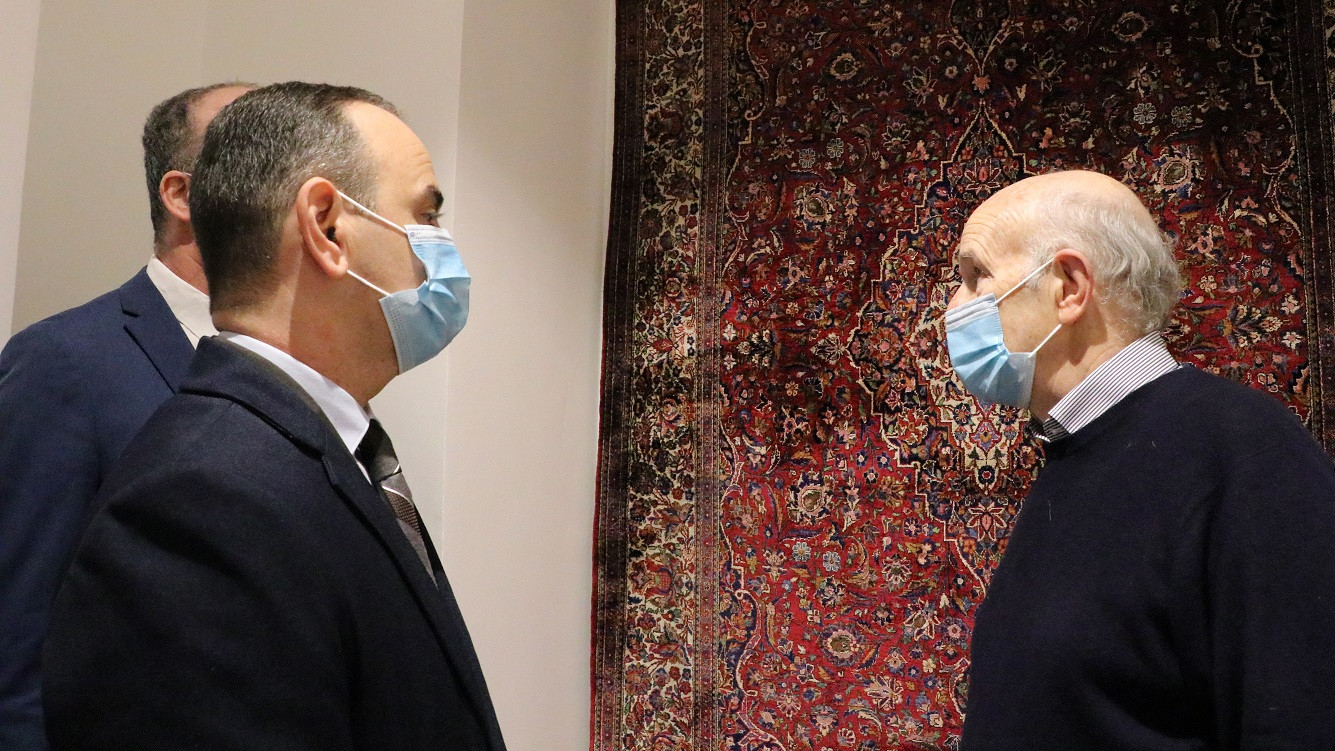 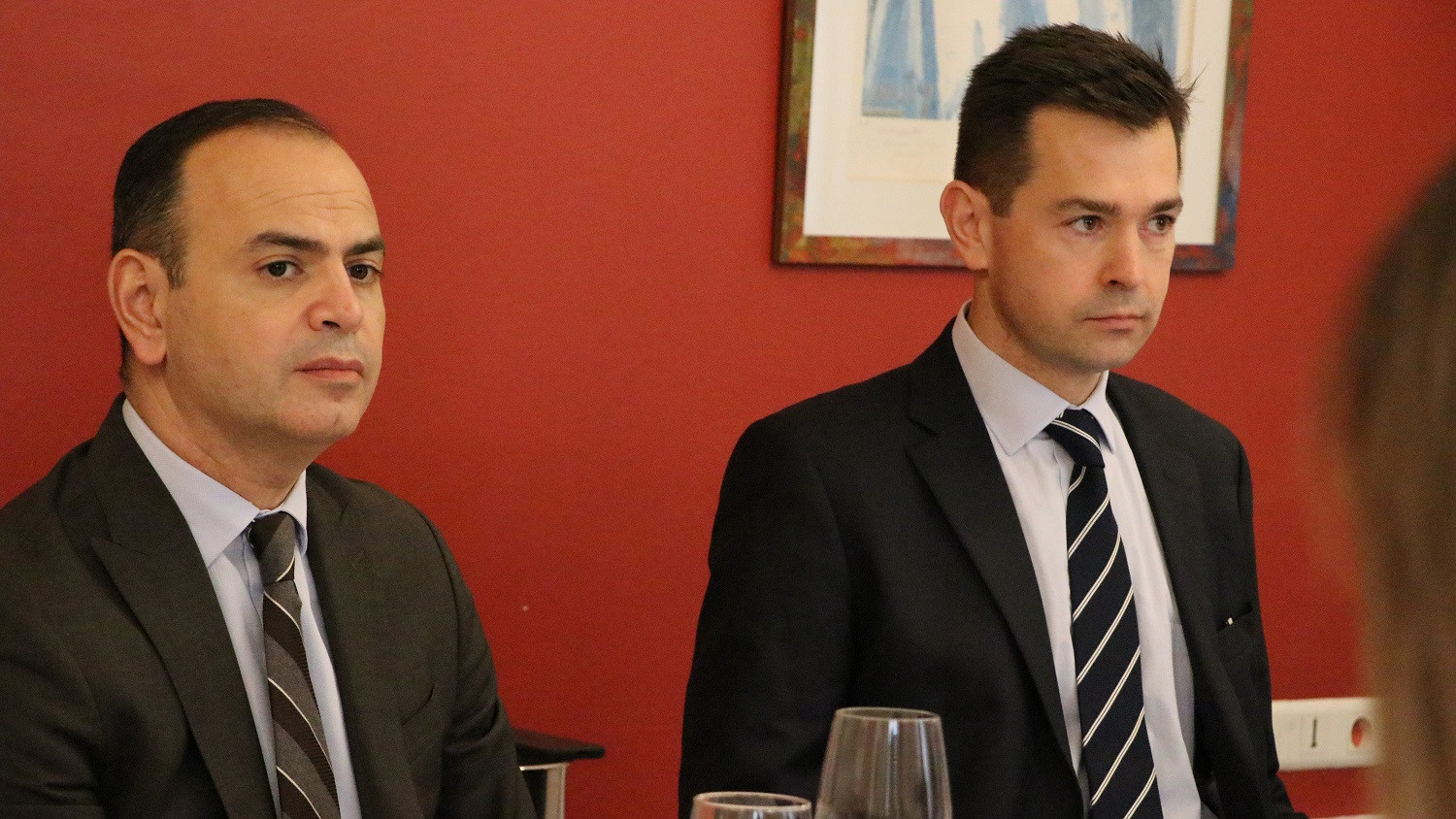 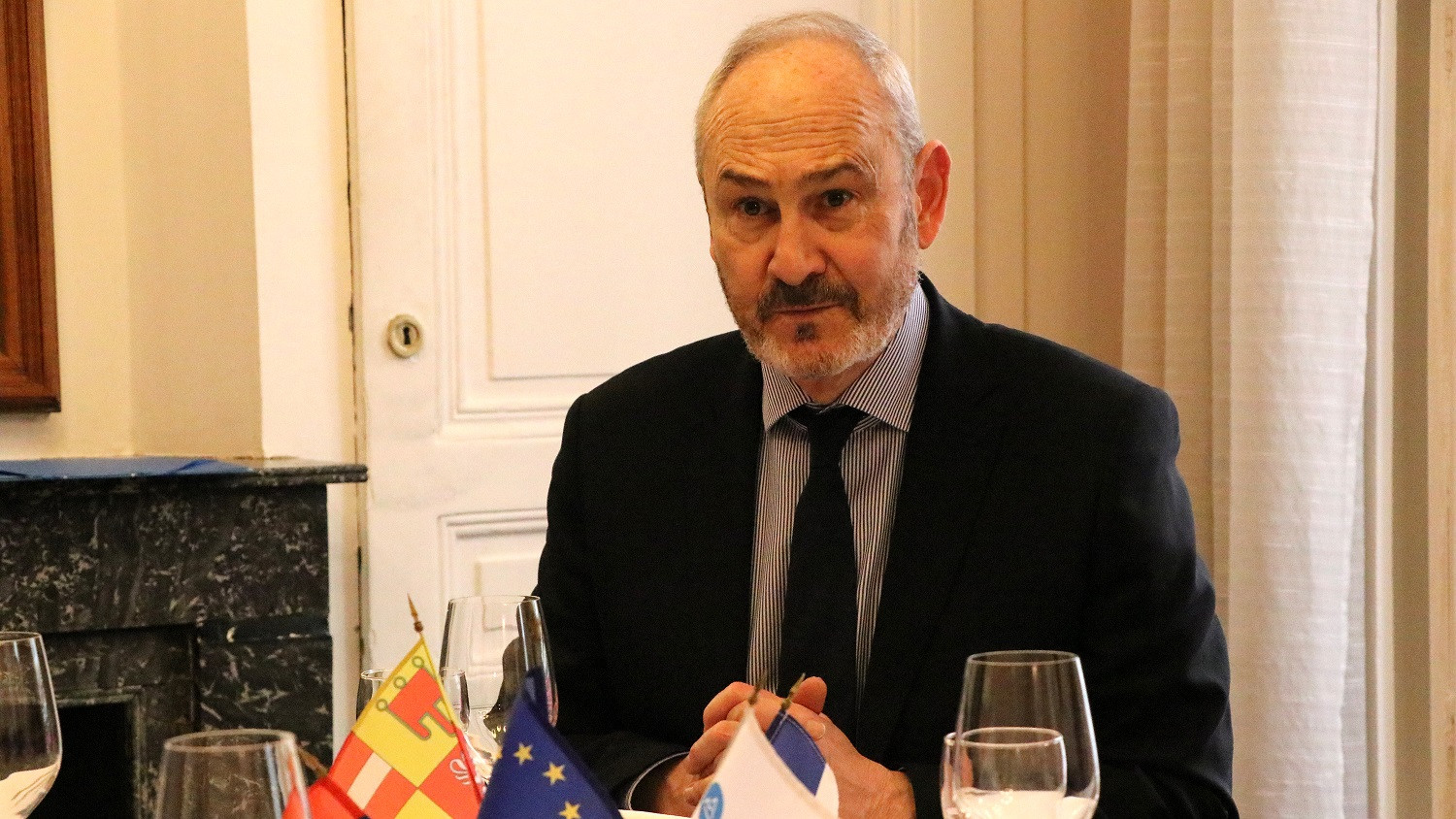 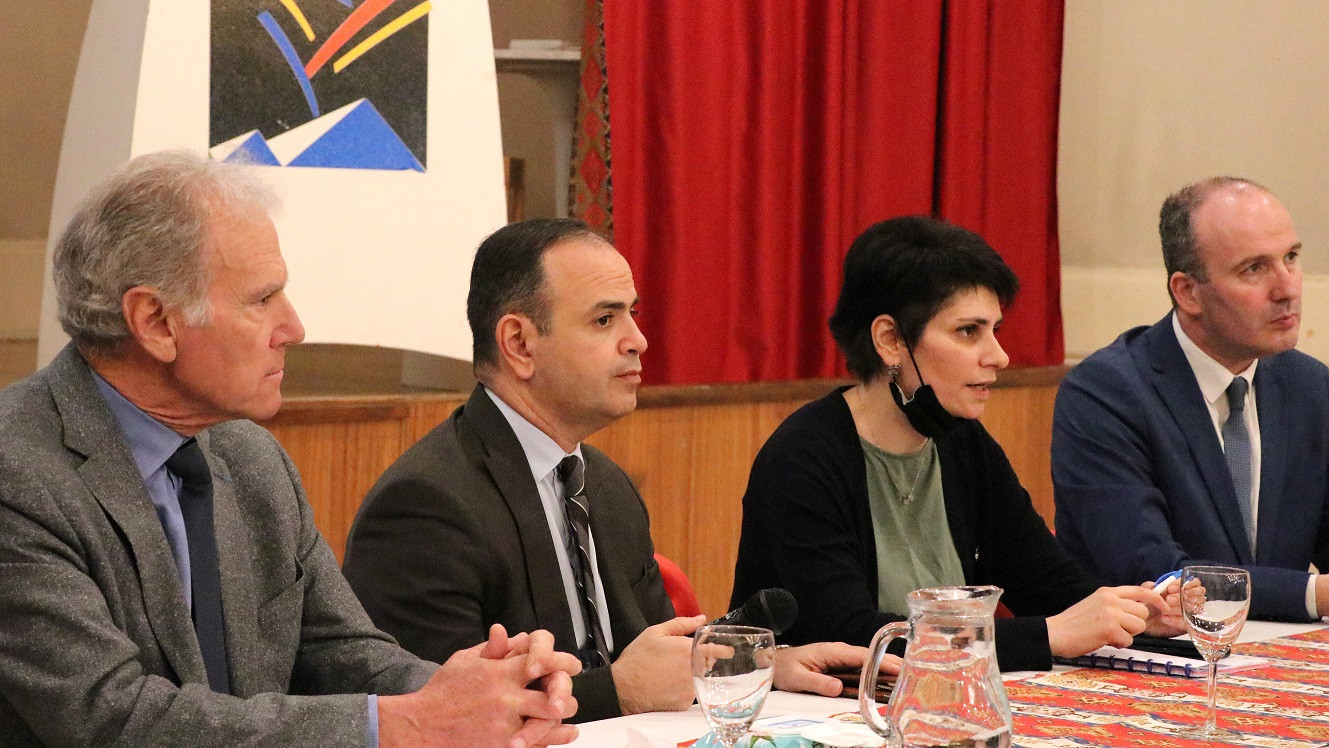 On the last day of his visit to Lyon, High Commissioner Zareh Sinanyan met with Deputy Mayor of Lyon for International Cooperation, Sonia Zdorovtzoff, and Vice-President of the Lyon Metropolis, Hélène Dromain. "Being very far apart geographically, Armenia and France share the same fundamental values and principles. The struggle of our two peoples has always been based on democracy," the High Commissioner said.

The officials shared the upcoming Twin Cities Festival taking place in Lyon in June, where representatives from Armenian cities will also be in attendance. Sonia Zdorovtsoff expressed hope that Armenia will have a representative delegation and invited the High Commissioner to the festival. In order to deepen cooperation with Armenian cities, she will visit Armenia in March. They also noted the important work carried out by the French University in Armenia, French-Armenian Vocational Education Center and TUMO.

During a meeting with the High Commissioner, Vice President of the Auvergne-Rhône-Alpes District, Laurence Fautra, and Bruno Chiaverini, Head of the Department of International Relations, announced that "an exhibition depicting Artsakh’s cultural heritage will be organized in Lyon." This region is very active in its cooperation with Armenia. "The friendship between this District and the Office of the High Commissioner for Diaspora Affairs began during the days of the war, when we worked closely and tried to help Armenia in every way," said Vice Mayor of Vienne Levon Sakounts.

The French officials emphasized the importance of programs intended to introduce French influence and experience in Armenia, and those that create an Armenian environment in France. They agreed to continue maintaining close ties, regarding our Office as the main partner to help carry out work in Armenia.

The city of Grenoble had been awaiting High Commissioner Zareh Sinanyan’s visit for some time. The High Commissioner met with organizational chairs and leaders in the community. Daniel Marandjian, Chairman of the House of Armenian Culture of Grenoble and Dauphiné, noted that national interest is priority for them, without any political overtones.

The High Commissioner thanked Grenoble’s Armenian community for their work during the war and afterwards presented our Office’s activities.

The Commissioner was introduced to the Arev program, established with the cooperation of the community and local self-government bodies. Arev aims to train students in Armenia’s schools and future trainers by introducing new technologies to the homeland, especially in the fields of electrical safety, solar energy, robotics and hydroelectric power plants. As a result, Armenia will have equipment that meets all modern standards. The program starts from the Sevan School, a sister city of Grenoble’s. The courses will also be held in Gyumri and Ijevan. At the end of February, an adult group will undergo 5-week training, and in parallel, they will have the opportunity to work at different companies. The next stage of training will take place in November. "By 2027, we will have 400 highly qualified technicians. Our goal is to make the program independent and self-sufficient," said the program manager.

The High Commissioner responded to questions from attendees, which were largely about Armenia's security issues, preservation of Armenian identity, difficulties in teaching Armenian language in the Diaspora, the shortage of textbooks, etc.