There has been an Armenian presence in Syria for thousands of years. According to the existing testimonies, Armenians appeared on the territory of historical Syria (Asorik) in the 1st century BC, during the reign of Tigranes the Great. In Syria, coins bearing the name and image of the Armenian king were even issued. The first mention of the Armenian community in Damascus dates back to the 7th century when the city became the capital of the Umayyad Caliphate. The number of Armenians in Syria began to increase especially in the 9th-11th centuries, as a result of the forced immigration of a considerable number of Armenians to Northern Syria carried out by the Byzantine Empire, then the fall of the Bagratuni kingdom (1045), the Seljuk-Turkish raids (mid-11th century), and, afterward, the fall of Cilician Armenia (1375) as well. During the rule of the Ottoman Empire, emigrations of Armenians to different northern areas of Syria, with the center of Aleppo, took place for various military-political and economic reasons. Armenians, who settled here before the Genocide, are known as “Arman kadim” (old Armenians), who are mainly Catholic, Arab speaking Armenians.

The current Armenian community in Syria was mostly formed in 1915-1920 following the Armenian Genocide. According to various sources, prior to the start of the Syrian war (2011), about 100.000 Armenians lived in Syria, most of whom were concentrated in Aleppo (about 60.000), the rest – in Damascus (about 6-7.000), Latakia, Kessab, Qamishli, Homs, Raqqa, Hasakah, Deir ez-Zor and other regions (more than 30.000). As a result of the Syrian war, more than 60.000 Armenians left Syria. Today, there are about 30.000 Armenians in Syria, and most of them live in Aleppo. Since the beginning of the Syrian war, Armenia has received about 25.000 Syrian-Armenians.

Among the Syrian authorities and society, Armenians have always held a high reputation, as diligent and honest people. Armenian significantly contributed to the revitalization of the social-economic and cultural life of Syria. In Damascus, Armenians were mainly involved in industry. They were craftsmen, merchants, factory owners, government officials, teachers, doctors, musicians, and architects. In Aleppo, Hasakah, and the coastal areas, Armenians were mainly involved in trade, industry, agriculture, and service sectors. They had stores, small and medium industrial enterprises, and restaurant business.

Since 1928, there has always been an Armenian presence in the legislative body of Syria, and high-ranking officers have served in the Syrian army. Currently, there are two Armenian deputies in the Syrian Parliament (People's Council of Syria), with whose active participation on February 13, 2020, the Syrian Parliament has unanimously adopted a resolution on recognizing and condemning the Armenian Genocide. The resolution brought on to the agenda of the Syrian parliament by the Syria-Armenia Parliamentary Friendship Commission confirms the recognition and condemnation of the genocide committed by the Ottoman Empire against the Armenian people in the early 20th century.

Today, Syria is the second Arab country after Lebanon to have recognized the Armenian Genocide. The People's Council of Syria convened a special session on March 17, 2015, to commemorate the 100th anniversary of the Armenian Genocide and pay tribute to the memory of more than one and a half million victims. 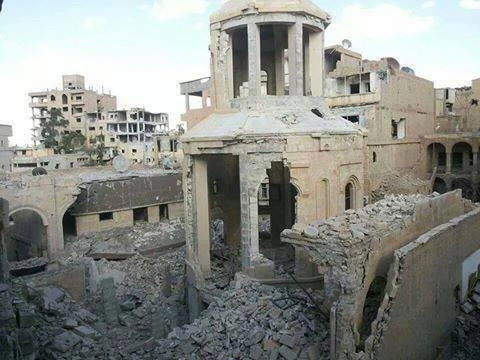 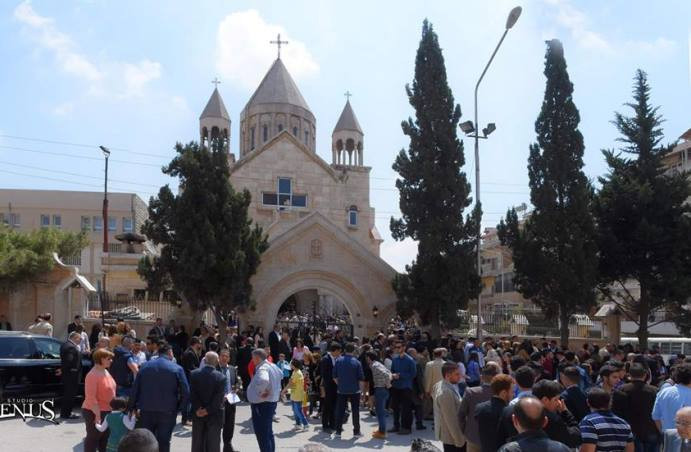 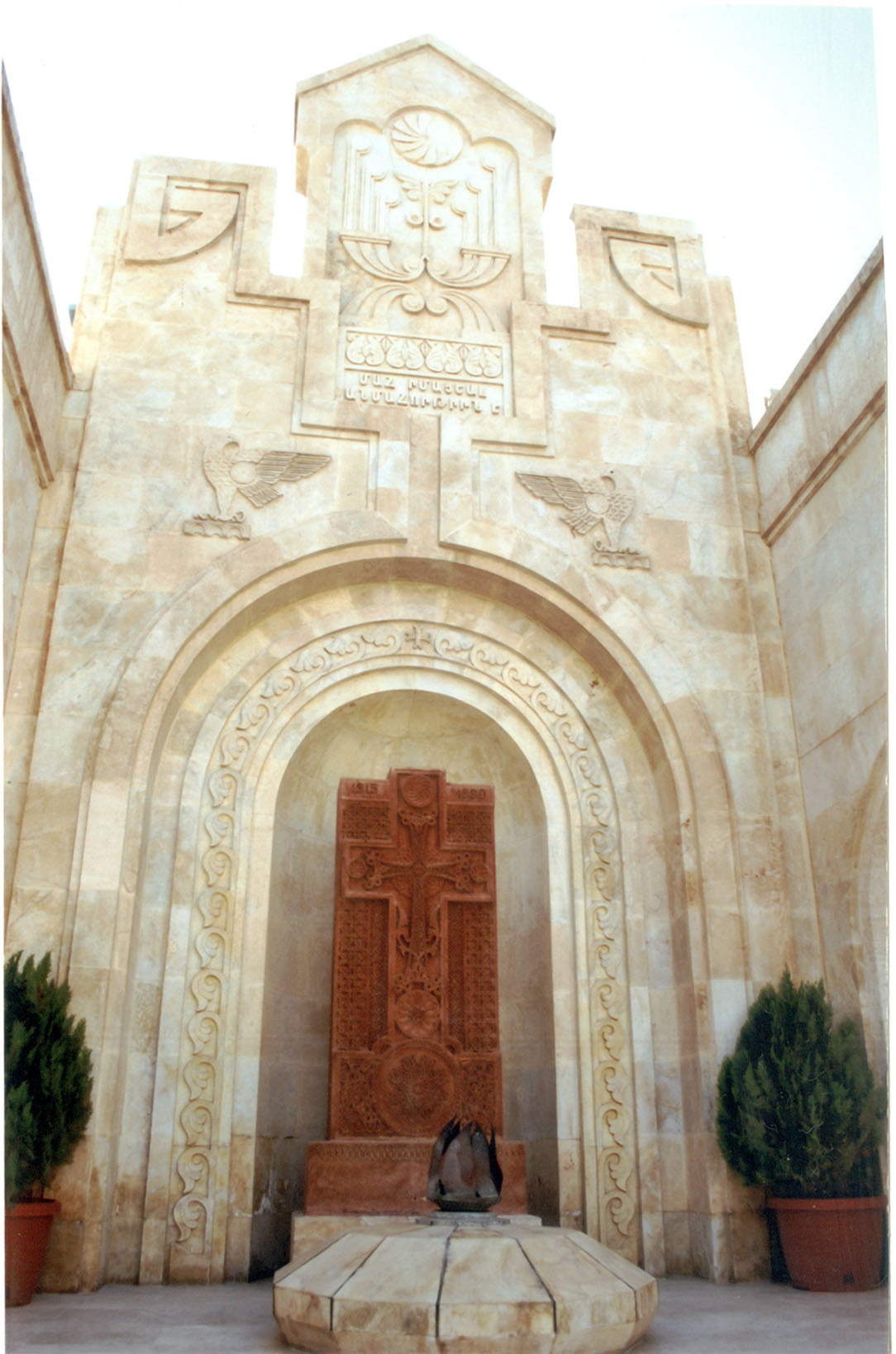 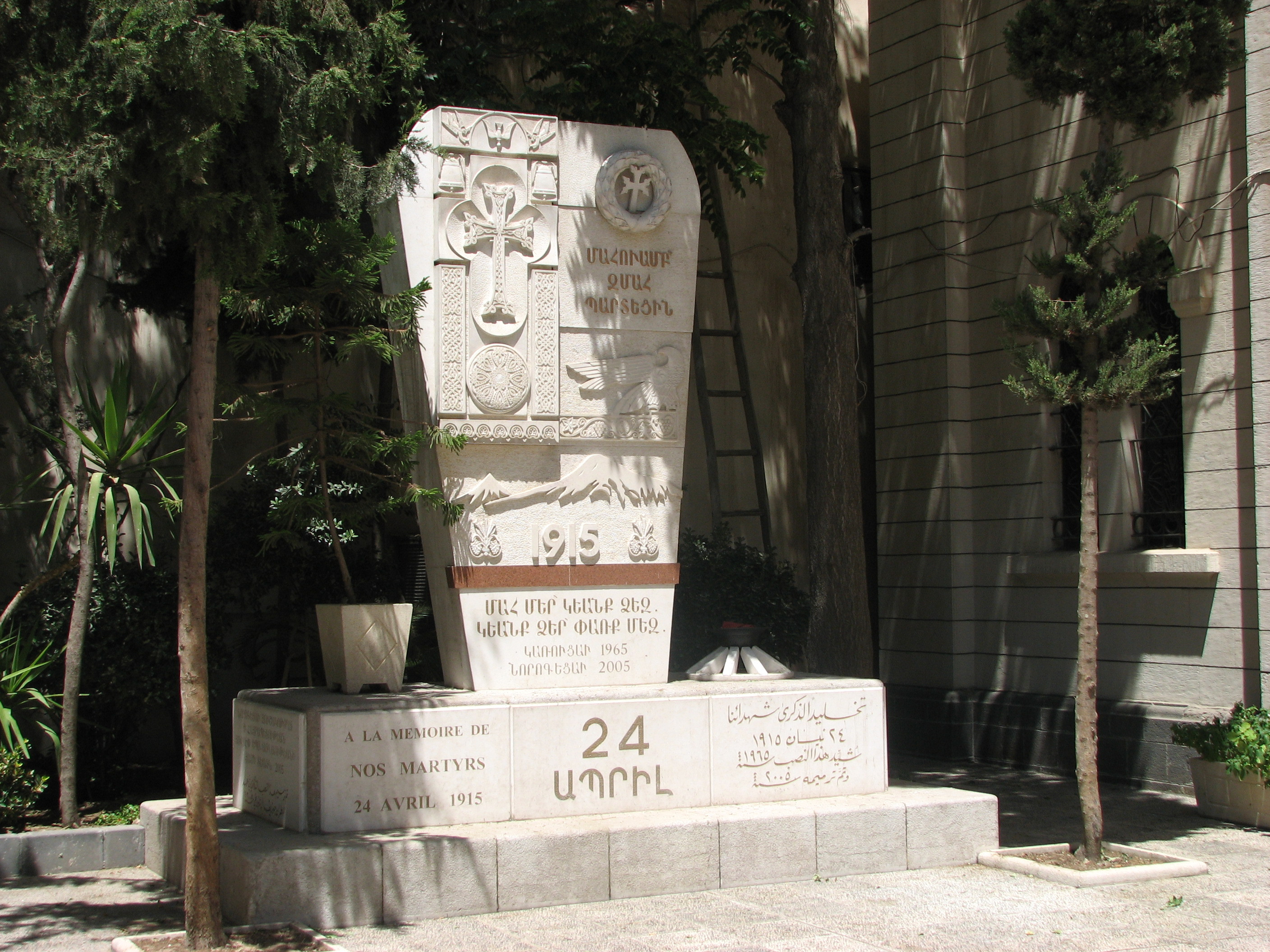 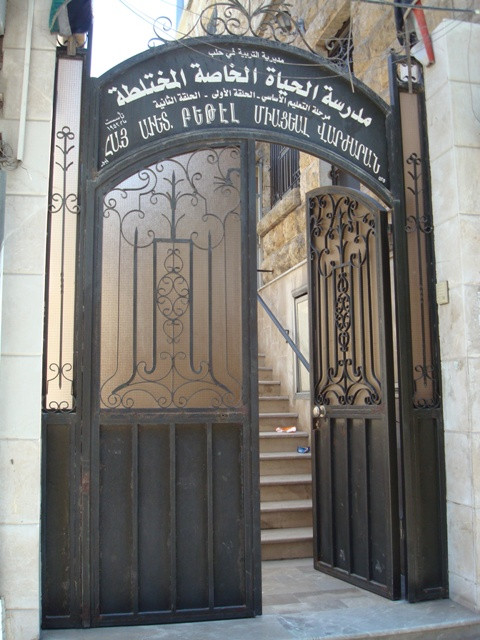 In Syria, Armenians are considered a religious minority. The Armenian Church has an undeniable role in the organization of the Armenian community, Armenian education, and the preservation of Armenian identity. The Syrian government considers the Christian Church the administrative body of the given minority and it's representative in state instances. There are the Damascus Diocese of the Armenian Apostolic Church (the seat of the primate is the St. Sarkis Armenian Apostolic Church in Damascus) and the Armenian Diocese of Beroea (Aleppo) of the Holy See of Cilicia (the seat of the primate is the Forty Martyrs Armenian Cathedral of Aleppo (13th century)) in Syria. There are also the Armenian Catholic and the Armenian Evangelical Churches with their Prelacies.

The Armenian Evangelical Community in Syria, the center of which is located in Aleppo, was formed in the middle of the 19th century. There are also other Armenian Evangelical communities in such mostly Armenian-populated settlements of Syria, as Damascus, Kessab, Homs, and elsewhere.

The local bodies of the three traditional Armenian parties, ARF, SDHP, and ADL, are operating in Syria. However, due to the ban on national parties in Syria, they operate under the name of cultural organizations.

The national organizations, that are mainly concentrated in Aleppo (AGBU, National Cultural Union, Armenian Catholic Union), have contributed to the organization and development of the spiritual, cultural, national, and social life of the Armenian community in Syria. There are cultural and youth unions, dance groups, choirs, orchestras, theater groups, sports institutions, and clubs (Homenmen, Homenetmen, AYA) in all Armenian-populated areas. The Institute for Armenian Studies in Aleppo, libraries and hospitals, the national shelter /orphanage/, the Armenian nursing home, the Armenian and Syrian Writers’ Union can also be found there. The local bodies of the AGBU, the ARS (Armenian Relief Cross of Syria-ARC), the "Howard Karagyozyan" Organization, the Jinishian Memorial Charitable Foundation operate within the framework of charitable activities. The official newspaper of the National Prelacy, “Gandzasar”, is published in Aleppo. The radio station “Radio Yeraz” is broadcasting in Aleppo. There are also Armenian educational institutions under the auspices of the Armenian churches, national parties, charitable, patriotic, educational, and cultural organizations.

Even in difficult war conditions, the above-mentioned structures and organizations, the Embassy of the Republic of Armenia to the Syrian Arab Republic (Damascus) and the Consulate General of the Republic of Armenia in the Syrian Arab Republic (Aleppo), still continued their activities. Prior to the 2011 war, there were more than 30 churches, monasteries and chapels, and about 30 schools in the Armenian community in Syria (current numbers are being updated). The war, effected the Armenian community and heavily Armenian-populated areas of Syria, causing enormous irreversible human and material losses. Despite the efforts of national organizations, it was impossible to prevent the large-scale emigration of Armenians from Syria. The regions of Raqqa and Deir ez-Zor are nearly emptied of Armenians. The Honorary Consulate of the Republic of Armenia in Deir ez-Zor was closed, a number of Armenian public buildings, factories, shops, cultural centers, schools, cemeteries, churches, numerous and diverse monuments were partially or completely looted, destroyed or demolished, particularly in Aleppo, Kessab and elsewhere. Moreover, on September 21, 2014, the Armenian Genocide Martyrs' Memorial Church in Deir ez-Zor, which stored the relics of the martyrs of the Armenian Genocide, was destroyed. Unfortunately, neither the material nor the human losses of the community have been completely accounted for.

Since the first days of the Syrian crisis, supporting organizations for the Syrian-Armenians have been founded in the Diaspora, and donations have been organized. Armenia has sent several planes with humanitarian aid to Syria. In the mostly Armenian-populated cities of Syria, the “Syrian-Armenian Relief Fund” was founded with the participation of the representatives of all community organizations.

Today, the somewhat stabilized peace and the partial restoration of the country's basic infrastructures, have given Armenians an opportunity to return to Syria. In turn, the Syrian authorities, as well as the Armenian Catholicosate of the Great House of Cilicia undertook the urgent mission of the immediate recovery of the Syrian-Armenian community.