According to historians, Armenians have settled in Egypt since ancient times (4th century BC). Their number increased in the middle of the 7th century when the Arabs who had conquered Egypt did not interfere with the strengthening of the local Armenians.

The Egyptian-Armenian community was formed and flourished during the Fatimid era (969-1171), which was conditioned by the development of the Egyptian cities and the friendly policy of the Arab caliphs (khalifas) towards Christians. The number of Armenians also increased during the reign of the Mamluks.

The Armenian community in Egypt has become active since the middle of the 18th century when the Egyptian cities were turned into international trade centers, where the European merchants used the intermediary services of many Armenian, Greek, and Syrian traders.

In the first half of the 19th century, the Egyptian-Armenian community experienced new growth thanks to the administrative and economic policies pursued by Muhammad Ali Pasha of Egypt (1769-1849), as well as his religious tolerance towards Armenians. 200 skilled Armenian craftsmen were invited to Egypt from Constantinople and other cities, and Armenians were entrusted with important positions. Three nazirs of Egypt were Armenians: Boghos Yusufian, Artin Tcherakian, and Arakel Nubaryan.

In 1825, an Armenian diocese was founded in Egypt. In 1828, the first Armenian Yeghiazarian school was opened in Cairo, and in the same year an asylum, a hospital, and a hotel were built.

The Armenian community has given Egypt many high-ranking officials, public and political figures.

Important state positions were held in Egypt by the Egyptian-Armenian public and political figure, national benefactor, head of the Armenian National Delegation to the Paris Peace Conference, first Prime Minister of Egypt, as well as the Minister of Foreign Affairs, Nubar Pasha Nubarian. 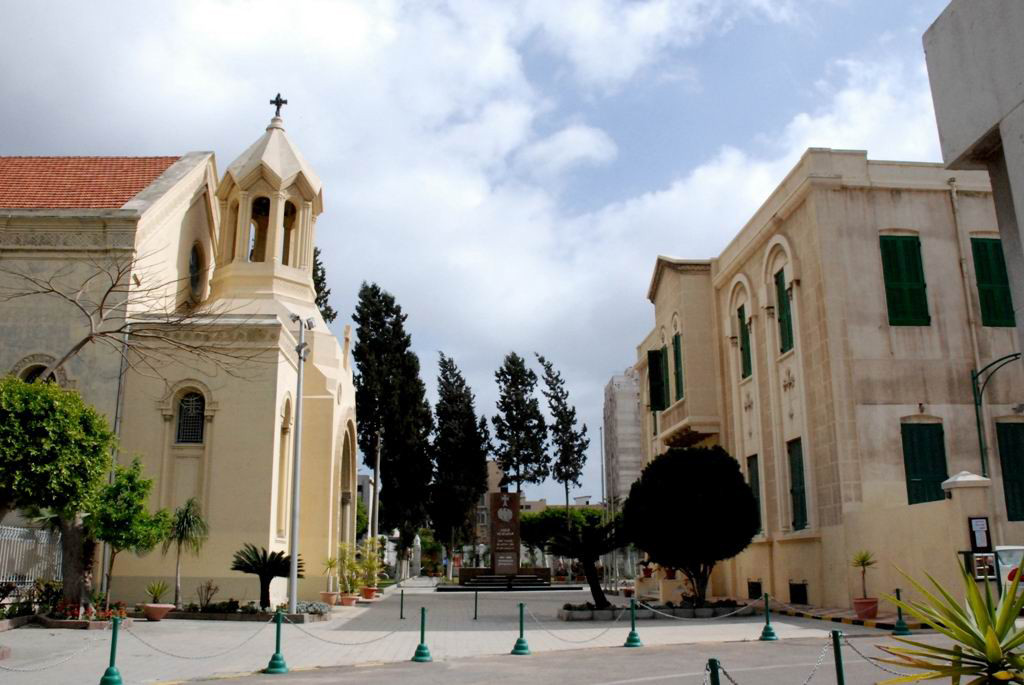 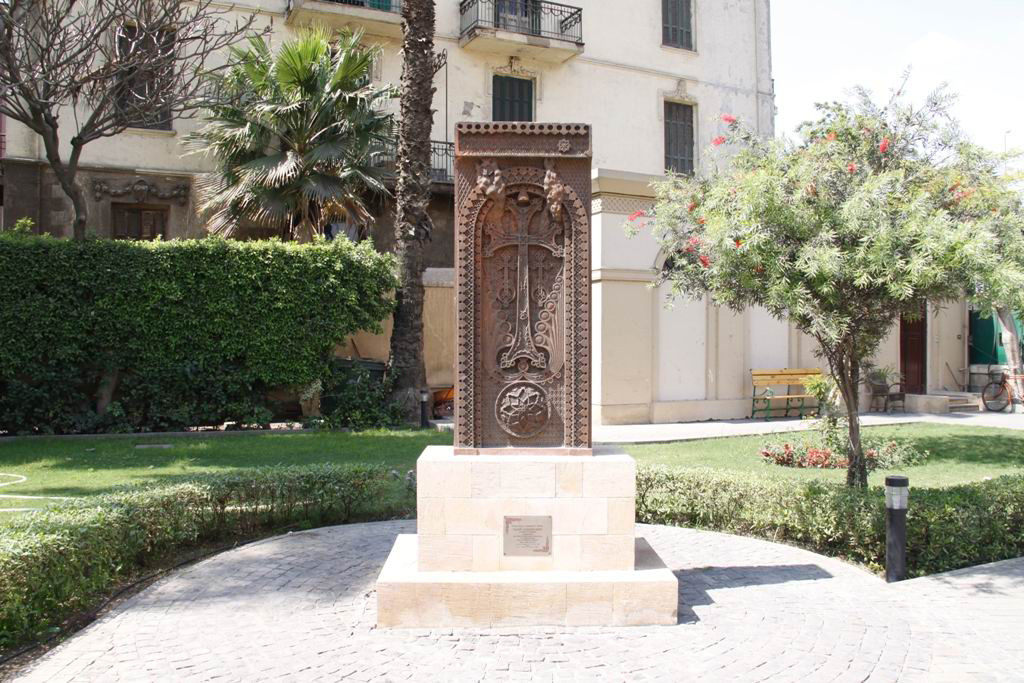 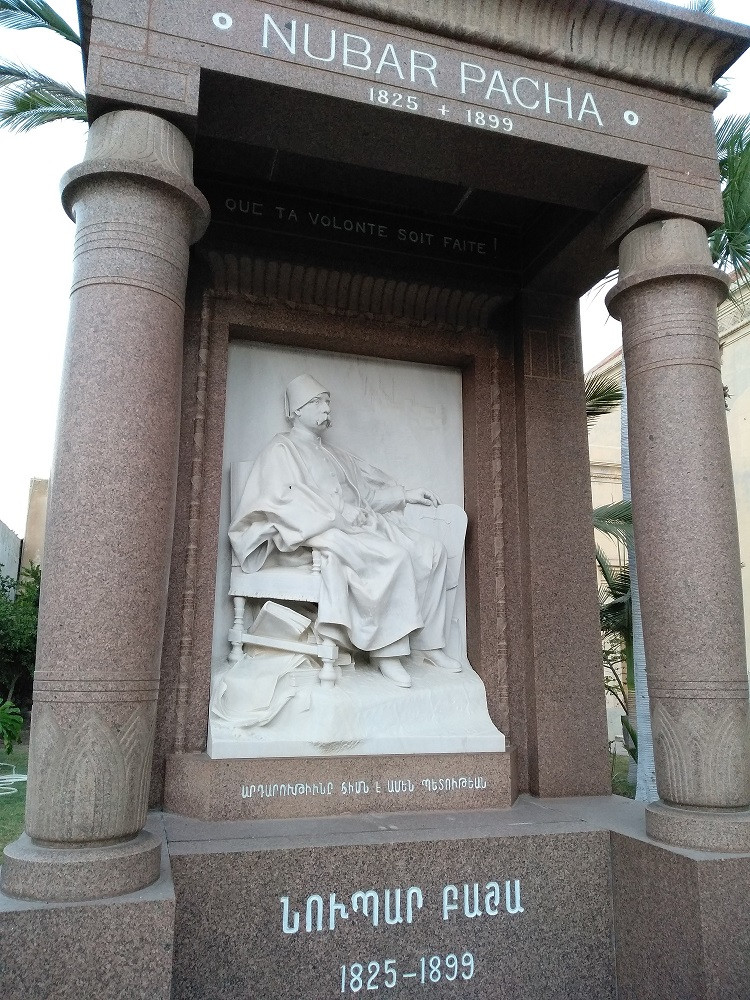 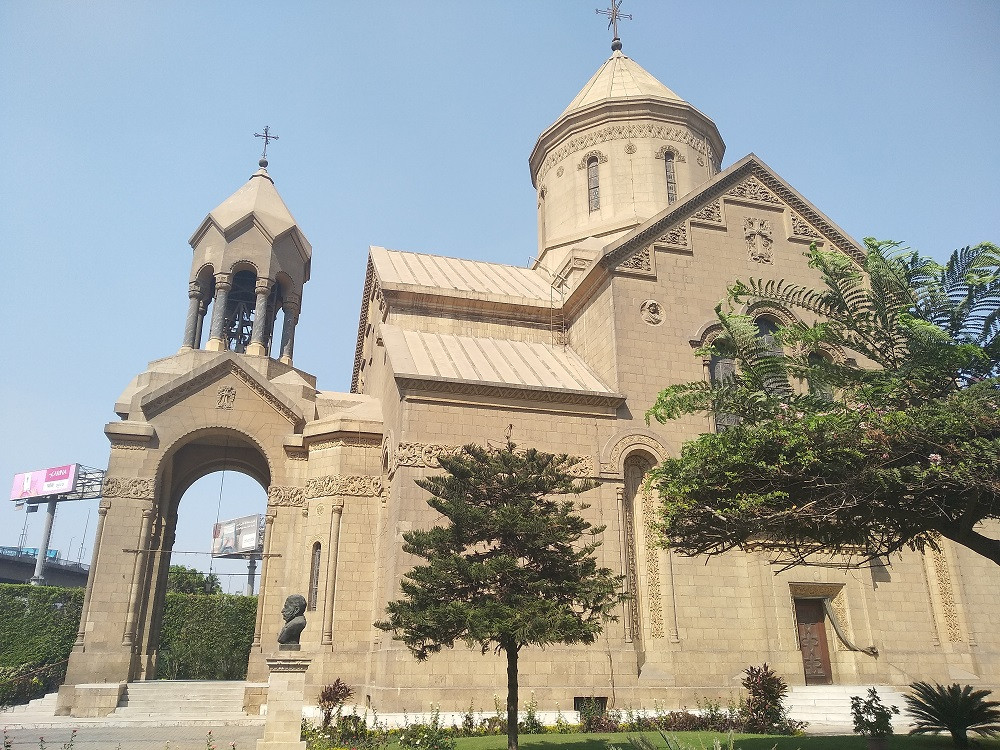 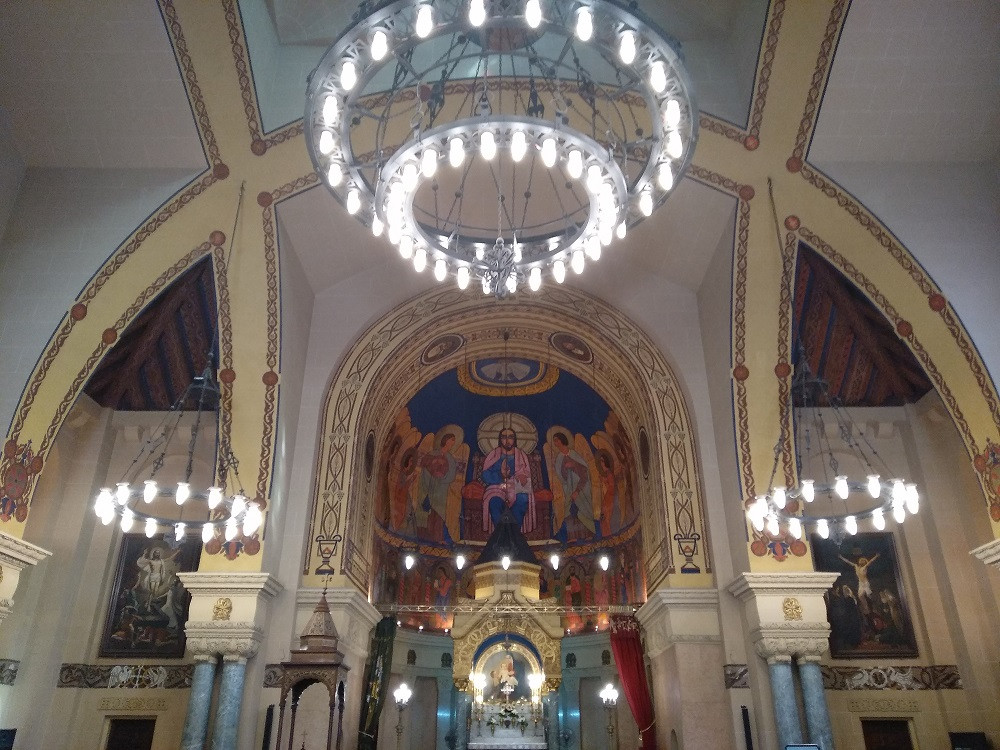 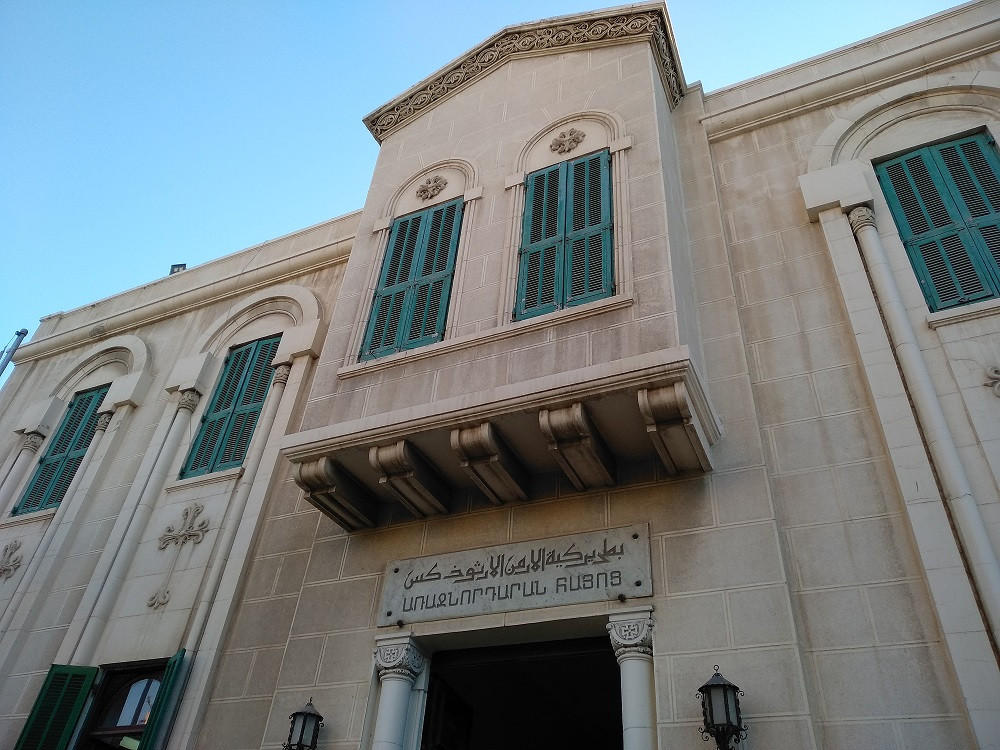 The statue of Nubar Pasha (1904) is placed in Alexandria. Some streets in Cairo and Alexandria have been named after him.

Two prominent nationwide organizations of the Diaspora, that continue their pro-national activities to this day, were founded in the Egyptian-Armenian community. One of them is the Armenian General Benevolent Union (AGBU), founded on April 15, 1906, in Cairo on the initiative of Boghos Nubar to support the Armenian refugees who emigrated to Egypt from Western Armenia as a result of the Hamidian massacres at the end of the 19th century. The other is the Hamazkayin (Hamazkayin Armenian Educational and Cultural Society) founded in 1928 in Cairo.

On the initiative of Boghos Pasha Nubaryan, many cultural centers were opened, periodicals were published and the construction of a settlement near Yerevan, which was named after him, Nubarashen, was funded to provide Armenians repatriated from foreign countries.

The Egyptian-Armenian community has brought out prominent figures throughout the entire Diaspora in the spheres of literature, art, culture, etc. Among them were writers Yervant Odian, Vahan Tekeyan, and others. The eminent opera singer of Armenia, the “Armenian nightingale”, Gohar Gasparyan, was of Egyptian-Armenian descent as well.

Today’s Egyptian-Armenians are predominantly the Armenians who were born in Egypt and have citizenship. They are concentrated in Alexandria and Cairo, mainly in the district of Heliopolis. There are around 5000 Armenians living in Egypt today.

Armenians in Egypt, as well as in other countries of the Middle East (Turkey, Iran, Lebanon) have the status of a religious community, rather than a national one. There is a community legislative body, i.e. the Conference of the Diocesan Assembly of the Egyptian-Armenians (the Diocesan Assemblies of Cairo & Alexandria) operating in the community.

The Armenian Apostolic Church, under the Pastorate of the Mother See of Holy Etchmiadzin, and the Armenian Catholic Church operate in Egypt. There are a small number of Armenians, who are representatives of the Armenian Evangelical Church.

The Egyptian diocese of the Armenian Apostolic Church was formed in 1825 and is subordinate to the Mother See of Holy Etchmiadzin.

The axis of the self-government of the community is the National Prelacy. It supports the Armenian sports and cultural clubs, halls, schools, the Armenian youth studying at the universities of Egypt. The Prelacy has a special charity fund to help the Armenians receiving treatment in hospitals.

The National Bureaus of Cairo and Alexandria, the AFR, ADL and SDHP parties (they do not have state registration, and instead they act through their subordinate cultural, sports associations and press organs), AGBU, Homenetmen, ARS, national schools, cultural, charitable and sports unions, dance groups and choirs are operating in the community.

A Center for Armenian Studies has been established at Cairo University since 2007.

In circulation to this day are the daily newspapers “Arev” and “Housaper”, the monthly “Arek”, the weekly “Tchahagir”, and the magazine “AGBU Deghegadou” are published, there is also an Armenian Radio Hour.